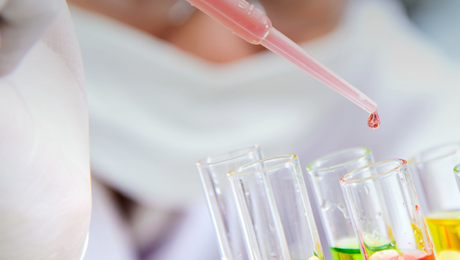 Medicines need to make a profit. Even the staunchest pharma industry critics, those who would rather see healthcare business as an oxymoron, would have difficulty coming up with a model that did not involve some element of return on investment (ROI) from the money and resources invested in drug discovery, development and commercialisation.

Like it or not, pharmaceutical companies are highly capitalised commercial entities, operating in a competitive global marketplace. They put a lot of money into maintaining a flow of new products that will keep staff and management paid, shareholders on board, regulatory boxes ticked and the R&D engine ticking over.

In the best of all possible worlds, those products will also bring considerable value to patients, their families, carers and intimates, healthcare systems and society. Measuring value against cost is always going to be the tricky part.

The debate about what might be acceptable returns in an era of ageing populations and spiralling healthcare costs has plenty of mileage left, particularly as attention swings to what many would class as opportunistic drug pricing in the US and other markets.

Issues such as executive pay in the pharmaceutical sector, relative investments in R&D and marketing, or how much drug discovery actually relies on government and taxpayer support, will continue to exercise the pharma industry’s critics and cheerleaders.  In the meantime, pharmaceuticals give the impression at least of being a notably profitable enterprise.

For example, a Forbes analysis last September of the most profitable industry sectors in the US by forecasted net margin for 2015 put healthcare technology at the top of the scale, with a margin of nearly 21% – comfortably outstripping finance and technology services, with net profit margins of 17.3% and 16.1% respectively.

For all this bullish sentiment, though, a recent report suggests that pharmaceutical companies can no longer count on getting such a spectacular bang for their buck.

The Deloitte Centre for Health Solutions has been publishing annual studies of projected ROI from R&D investment among 12 leading research-based pharmaceutical multinationals since 2010.

The fundamental problem, the report explains, is an increasingly unhappy relationship between the cost of developing R&D assets and forecast peak sales from those assets.

According to Deloitte’s calculations, the average development cost – including the cost of failed drug candidates – for late-stage pipeline candidates (either in Phase III clinical trials or filed for approval) has risen by one third, from $1.188 billion in 2010 to $1.576 billion in 2015.

The Deloitte analysts reach the stark conclusion that the numbers “simply do not add up” for R&D to generate an appropriate ROI with the current high cost burden.

The rise in development costs reflects the demands of staffing and resourcing R&D programmes with a low probability of success, as well as fast-rising expenditure to execute clinical studies in complex disease areas and ongoing overhead/infrastructure investment, the analysts believe.

A few years ago, that assessment might also have noted that fewer of these increasingly costly pipeline assets were actually making it to market. This was at a time when the industry’s traditional blockbuster model was faltering and a number of that model’s most lucrative properties were starting to lose the patent protection that had kept aggressive generic competitors at bay.

In fact, the report points out, the study cohort saw 43 assets in total gain marketing approval in 2014/15, the highest number since Deloitte started its annual analysis of R&D returns. Moreover, the projected value lost through cohort companies withdrawing product candidates from development has dropped from around $80 billion per year to roughly $30 billion in 2015.

These observations chime with a general shift in R&D pipelines away from large-volume primary-care products and towards speciality medicines and more precisely segmented patient populations. Not only do the new drugs generally work better but they are targeting unmet needs.

The figures also suggest that concerted efforts by regulatory authorities and lawmakers in the larger markets to encourage innovation and value, through mechanisms such as accelerated-approval procedures or orphan-drug incentives, are paying off – at least in terms of filling R&D pipelines and satisfying approval requirements.

The US Food and Drug Administration, for example, cleared 45 novel medicines for launch in 2015, beating its previous year’s 18-year record for new drug approvals. Between 2006 and 2014, the average FDA approval tally for novel drugs was around 28 per year.

The European Medicines Agency recommended a total of 93 drugs for approval, including 39 new active substances (NASs), in 2015. That compared with 82 approval recommendations (41 NASs) in 2014.

Attrition in the marketplace

Given these positive indicators, then, why the grim prognosis from Deloitte? One reason, as already mentioned, is rising R&D costs. Another is the far greater effort now required to generate, grow and maintain revenues from new pharmaceutical products.

Precision medicines may offer better value in theory. However, releasing that value in smaller patient segments means raising prices and accelerating output – typically, with the newer biologics, by building a franchise in an orphan-drug indication and then following up with products for other indications that rely on shared disease pathways (e.g. in oncology).

Both of these strategies run headlong into the critical challenge facing the pharmaceutical industry in the 21st century: how to ensure its own financial health without compromising the long-term sustainability of healthcare systems.

In short, attrition in the marketplace is gaining pace as attrition in R&D pipelines slows down – not least because companies are applying more stringent value criteria to their own pipeline assets and taking earlier decisions on product candidates that might provide only marginal improvements in mature therapeutic categories.

What happens to a new medicine or line extension when it comes before a health-technology assessor or pricing committee, when it has to fight for a place on a hospital formulary or in an already overstretched drug budget – this is why market access is now a core strategic function in any pharmaceutical company hoping to deliver ROI that is fit for purpose.

It also means planning for product launches has to be more acutely aware than ever of hurdles to uptake, market-to-market variables or competing stakeholder needs that, if managed badly or inconsistently, can have a significant domino effect as a drug rolls out globally.

Potential revenues can suffer while damage limitation inflates costs, whether for an extra marketing push, reputational repairs, or generating more evidence from clinical or observational trials to validate product value.

Getting the launch right, by ensuring full and real-time visibility and alignment of relevant activities across your organisation, will not in itself return ROI from medicines to historical levels. That calls for long-range and perhaps radical strategic thinking.

But at a time when the pharmaceutical industry may have to get used to doing more for less, companies can ill afford to put additional strain on their profit margins by exposing themselves to difficulties that an effective risk-management tool could nip in the bud.

For more on optimising ROI in a lower-margin environment, download our e-book:

Our flagship SmartLaunch™ product brings the entire launch team together to drive collaboration, transparency and efficiency across the launch programme. Alongside SmartAccess™ and SmartTender™, our software solutions give you the tools you need to effectively commercialize your pharma products while building a robust organisational knowledge base.

5 Pharma Trends for 2023: Challenges and opportunities in the post-COVID landscape

Pharma is facing a new set of launch, market access and strategic challenges as the pandemic has changed some market characteristics for good.

We look at how EU drug approvals hold firm in 2022, US lags and innovation flourishes

Get our latest
posts in your inbox

TRiBECA Knowledge needs the contact information you provide to us to contact you about our products and services. You may unsubscribe from these communications at any time. For more information on how to unsubscribe, our privacy practices, and how we are committed to protecting and respecting your privacy, please review our Privacy Notice.