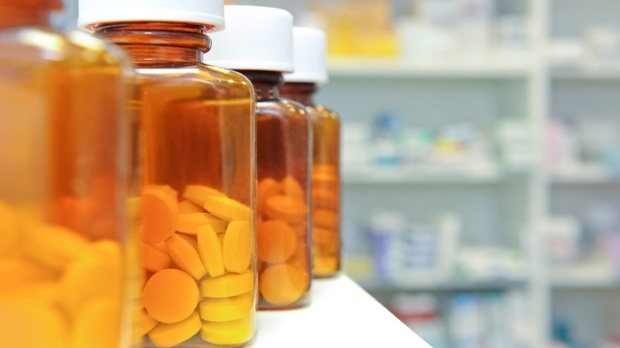 The road to a successful pharma product launch is paved with pitfalls and there are some common problems that big pharma has faced in the past when it comes to drug launches.

In this age where information can be tracked, managed and shared digitally, smart digital tools play a critical role as an enabler for better launch planning and execution.

They won’t solve every problem, but they can definitely help provide the much needed alignment, visibility, collaboration and management of corporate intelligence that are needed to help avoid some common mistakes in launch readiness and planning.

In this blog, we look at three big historic slip-ups:

Getting the pricing wrong

When KV-Pharmaceuticals launched Makena back in 2011 they had no idea that the drug launch would fail so dramatically.

Makena was a new treatment to help prevent premature birth in women that had had at least one previous pre-term birth. Following their FDA stamp of approval, they began selling the medicine at $1,500 a dose, a whopping $30,000 for a full course. This may seem a small price to pay for the knowledge and security that your child would be born healthy and fully developed, however KV hadn’t been keeping an eye on the market.

A string of compounding American pharmacies had begun selling virtually the exact same therapy for just $20-30 a dose, or $400-600 for a full course. Payers went wild, exclaiming that KV’s cost was “ludicrous and offensive,” according to Matt Salo, the head of the National Association of State Medicaid Directors.

KV-Pharma tried to recoup their losses – both of sales and reputation – with some hefty discounts, driving the price down to just $595. Some patients on Medicaid got the treatment for less than $300 a dose, just a fifth of the original price. In the end, the discounts didn’t sufficiently drive up sales and KV were forced to file for bankruptcy - and even then their woes didn’t cease. After missing a $45 million licensing payment, the original developer, Hologic, sued to get Makena back, saying that KV’s "mismanagement" had been to blame for the launch disaster.

This is, of course, an extreme case of not knowing the market well enough and failing to form a complete picture of the competition. Nevertheless, such pricing disasters could have been, somewhat at least, avoided with proper digital tools in place. Such tools play a critical role in capturing and sharing competitive information, insights and pricing effectively across worldwide markets. And failing to do this is a common problem in launch readiness. The right digital tools will help manage corporate intelligence better and enable launch team members to identify problems early on, and make better-informed decisions.

Another major problem that pharma companies all too regularly run into is delivering insufficient evidence to the local regulatory body to gain approval. In the increasingly complex payer environment, where many countries have introduced elements of value-based pricing (which we highlighted as a key trend for 2014 in a previous blog), it is critical that pharma companies understand the nuances and very specific requirements of each payer. Increasingly, new medicines must demonstrate significant improvements and value versus what is already available on the market.

One company that fell short on evidence was AstraZeneca with their blood-thinning drug Brilinta. At first, analysts expected the drug to be an instant blockbuster, predicting sales of up to $2.7bn. However, once the FDA asked for more analysis of existing clinical trials data, the seeds of doubt were sown and analysts began losing confidence.

By the time the drug had completed the analysis and attained approval from the FDA, they had lost 6 months of potential sales. To make matters worse, a rival product was soon to come off patent protection, meaning AstraZeneca had to fight against cheap generics.

Digital tools can play a critical role in managing corporate intelligence related to the requirement of each payer environment. As well as managing value dossiers and evidence, this allows drug launches to be tailored to meet the very specific needs of each market whilst adhering to a consistent overall payer message across markets. With this intelligence at hand, Brilinta may have been marketed, priced and sold more effectively, helping AstraZeneca to avoid this launch disaster.

AstraZeneca are not the only company to make that mistake. Dendreon’s new prostate cancer drug, Provenge, suffered a blow when the FDA raised concerns over safety and efficacy, demanding further studies. This meant the revolutionary new treatment took several months to get through the approval stage, by which time payers across the US had begun to question its true efficacy. By the time it did launch, there were other cheaper treatments available that healthcare professionals felt more confident in prescribing, and payers were more confident that they’d be properly reimbursed.

President and CEO of Dendreon, Mitchell Gold, said: "I think a fair question to ask is why didn't we see this trend [payer and healthcare skepticism] earlier? Keep in mind, for the initial 12 months of our launch we were capacity-constrained, and we did not see the real impact of the reimbursement headwinds until after additional capacity was brought on line."

Digital launch planning tools play a critical role in providing visibility across functional silos and markets. Such tools provide everyone in the organisation with a clear view of all the activities and milestones that need to be achieved on the road to market. This helps guide your launch teams through the right steps at the right time – including establishing the evidence needed for approval and tailoring each submission to the particular needs of that payer.

How to improve the launch planning process

By bringing all brands and markets into one single digital launch planning tool, launch teams can also start to gather and share payer insights across the business. This allows for a deeper understanding of the requirements of each particular payer system in order to get the submission right the first time. The result is a drug launch that is tailored to the needs of payers, ensuring the new drug is attractive and therefore benefits from first mover advantage, cornering their market.

Good preparation and planning is the cornerstone of any successful launch. Making mistakes in the pharma launch process can be costly and time consuming - and ultimately disastrous for your drug launch. You can avoid these pharma launch planning mistakes by utilising a digital launch readiness tool that addresses the key challenges in launch readiness – alignment, visibility and quality of execution:

Our flagship SmartLaunch™ product brings the entire launch team together to drive collaboration, transparency and efficiency across the launch programme. Alongside SmartAccess™ and SmartTender™, our software solutions give you the tools you need to effectively commercialize your pharma products while building a robust organisational knowledge base.

We look at how EU drug approvals hold firm in 2022, US lags and innovation flourishes

8 Pharma Trends for 2022: Towards a more holistic understanding of value

Get our latest
posts in your inbox

TRiBECA Knowledge needs the contact information you provide to us to contact you about our products and services. You may unsubscribe from these communications at any time. For more information on how to unsubscribe, our privacy practices, and how we are committed to protecting and respecting your privacy, please review our Privacy Notice.